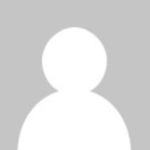 The name Wesly would appear to indicate that the family had its origins in the German town of Wesel.  In any case Émile’s parents moved from Düsseldorf to Maastricht. Wesly initially worked as a journalist in Brussels, where he chiefly published articles on the art of painting*. He was also a composer; however, at the present time we do not know whether he had a formal music education. As far as we know, his first composition, a Marche portugaise for piano, was published by Cranz in Hamburg, 1887.
From about 1900 onwards he began spending more and more time in Paris. In that year the publisher E. Gaudet issued his ‘valse chantée’ Fiançailles, one of his most successful works: the song was part of the repertoire of the celebrated chansonnière Paulette Darty and recordings were released of it, among other compositions. Chansons such as Une drôle d’envie (Henri Desrosiers), L’heure du rêve (Pierre d’Amor) and the ‘gavotte chantée’ Confidences (G. Millandy) and short piano works such as the ‘marche-polka’ Joyeuse Entrée du Prince Carnaval, the waltz Parisienne and the polkas Bicyclette and Joyeux Ébats comprise the main body of Wesly’s oeuvre.
In 2012 it was discovered that the song L’étendard de la Pitié, whose melody was used by Bertolt Brecht and Paul Dessau for the famed ‘Lied der Mutter Courage’ in 1939, was composed by Wesly in 1905 to a text by Léon Derocher as a homage to the Red Cross. Among the performers of this and other works was the leading Belgian baritone Jean-Baptiste Noté, who sang at the Paris Opéra.

The nocturne Rêverie d’Automne, composed in the key of B flat major, has appeared in many transcriptions, of which the one for flute and piano has enjoyed particularly great popularity. It is composed in 9/8 time with a melancholic lilt and the melody is extremely ‘singable’ (one could almost call it a ‘nocturne chantée’). Following a somewhat more lively but not very contrasting B section in F major, the A section returns, this time with a counterpart in the right hand of the piano, interlaced with salonesque arpeggiated chords. The piece ends with a coda that gradually subsides into tranquillity. In the score the final note of the cello is notated as a B-flat that does not actually fall within the instrument’s register; however, it can safely be played an octave higher without detriment to the music.

* An example can be found by googling ‘Wesly, Emile – Elsevier’.